African Americans: The Struggle for Freedom 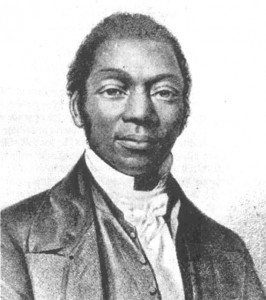 “My feelings are always outraged when I hear them speak of “kind masters,” “Christian masters,” “the mildest form of slavery,” “well fed and clothed slaves,” as extenuations of slavery.  I am satisfied they either mean to pervert the truth, or they do not know what they say.  The being of slavery, its soul and body, lives and moves in the chattel principle, the property principle, the bill of sale principle…”

James W.C. Pennington, born a slave in Maryland, rejected the “property principle” and escaped his enslavement on the Washington County farm of his owner Frisby Tilghman in 1828. He made his way to New York where he was educated and became an articulate advocate for the abolition of slavery.  Writing in 1848, Pennington reflected on Maryland’s “mildest form of slavery,” concluding, “I beg our Anglo-Saxon brethren to accustom themselves to think that we need something more than mere kindness.  We ask for justice, truth, and honor as other men do.”