Women and Children on the Border 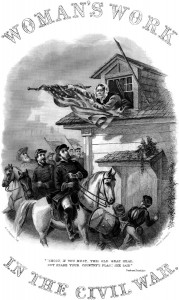 Women and children participated in the Civil War in a variety of capacities, not just as spectators or victims, but as real actors who contributed both on the home front and in the armies. They were affected by the war, and they had an effect on it.