The Fugitive Slaves of Robert E. Lee: From Arlington to Westminster

On June 2, 1859, the Carroll County Democrat reported that four fugitive slaves had been arrested in Westminster, Maryland. There was little to distinguish this report from the many others published in the Carroll County Democrat except for one small detail: these slaves were owned by Colonel Robert E. Lee, of Arlington, Virginia. This part of the story is not in dispute. The events that followed the slaves’ return to Arlington, however, remain a point of contention among Lee scholars, and provide an interesting prelude to the Civil War. 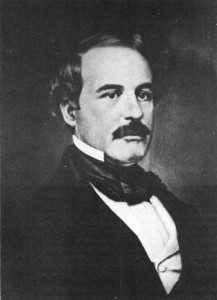 On April 14, 1866, one of the captured slaves, Wesley Norris, offered a personal testimony to the National Anti-Slavery Standard that chronicled the events of June 1859. Norris had fallen under Lee’s ownership following the death of Lee’s father-in-law, George Washington Parke Custis. According to Norris, Custis had given his slaves the impression that upon his death they would be free, and they now considered themselves free men.  The actual contents of the will, however, stipulated that Custis’ slaves would remain as such until the estate’s debts, of which there were many, were paid off, but that emancipation would be granted before five years had elapsed.

As executor of the will, Lee carried out its contents to the letter, much to the resentment of Custis’ slaves. Norris, his sister Mary, and a cousin resolved to assert what they believed was their rightful free status by running away, and almost made it to the Pennsylvania line before they were apprehended in Westminster, as reported in the Carroll County Democrat. Upon their return to Arlington, Norris alleged that Lee ordered the overseer to administer fifty lashes each to himself and to his cousin, and twenty to his sister Mary.  When the overseer refused, the county constable was called in to execute the order. The portrait that Norris paints of his master is very different from the image of the benevolent slaveowner often invoked by Lee admirers. Norris writes:

“Gen. Lee, in the meantime, stood by, and frequently enjoined Williams [the constable] to ‘lay it on well,’ an injunction which he did not fail to heed; not satisfied with simply lacerating our naked flesh, Gen. Lee then ordered the overseer to thoroughly wash our backs with brine, which was done.”

Norris’ testimony was corroborated by two anonymous letters in the New York Tribune. The first, signed “A Citizen” and dated June 19, 1859 but published on June 24, alleged that not only had the 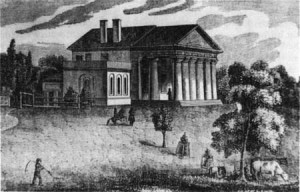 slaves been brutally flogged, but that Lee himself had administered lashings to Mary Norris. The second, also published on June 24, included remarks on the general decline of living conditions among Custis’ slaves following his death. The authorship of these letters is unknown, and Lee refused to respond to them publically.  Privately, however, he denied them. Following Norris’ testimony in June 1866, Lee seemed to be personally aggrieved at the accusations, writing to E.S. Quirk that “There is not a word of truth in it…No servant, soldier, or citizen, that was ever employed by me can with truth charge me with bad treatment.”

Lee’s supporters dismissed the Norris story as “exaggerated” and a “libel,” the “extravagance of irresponsible anti-slavery agitators.”  Historian Elizabeth Brown Pryor, however, argues that “the facts are verifiable.”  She relies on the consistency of the five extant descriptions of the episode (the only element that is not repeatedly corroborated is the allegation that Lee gave the beatings himself), as well as the existence of an account book that indicates the constable received compensation from Lee on the date that this event occurred.

Robert E. Lee would eventually free the Custis’ slaves.  On January 2, 1863, one day after President Lincoln’s Emancipation Proclamation went into effect, General Lee declared the Custis’ slaves “forever set free from slavery.”  Among the names in this deed of manumission: Wesley and Mary Norris.

This essay was contributed by Ariel Burriss, B.A. from University of Maryland, an intern with the Catoctin Center for Regional Studies.